Congratulations to all the composers, artists and musicians nominated!

West One Music Group were nominated for six Production Music Awards (UK). Winners will be announced on November 11th at the award ceremony in London.

Check out all the nominees on the PMA website. 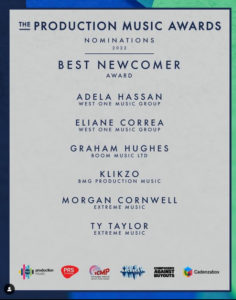 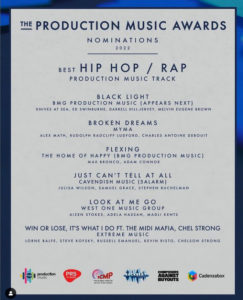 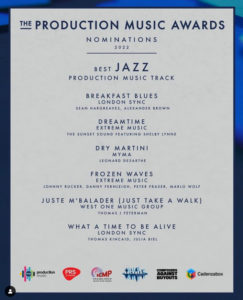 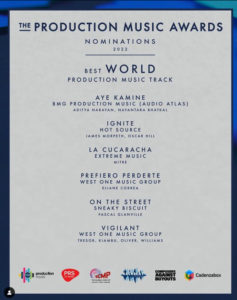 Check out all the nominees and winners on their website, the winners were announced on Friday 30th September 2022.

This site uses cookies to provide you with a great experience.
By using West One Music Group, you accept our use of cookies.